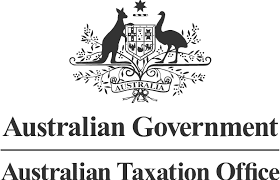 For some time now the ATO has expressed concerns that companies have inappropriately tried to use legal professional privilege in an attempt to avoid tax investigations.

The doctrine of legal professional privilege is supposed to protect communications between a lawyer and their client for the purposes of obtaining legal advice. It is the client who ‘owns’ the privilege and they have the right to claim it. In determining whether a document or correspondence is privileged the courts apply the ‘dominant purpose’ test, that is, was the communication or document brought into existence for one of the following reasons:

Australia’s largest Coal mining company Glencore went to the High Court recently arguing documents linked to its offshore financial arrangements should not be able to be used by the ATO.

The ATO was investigating possible tax avoidance schemes and had obtained the documents as the result of a huge data leak known as the ‘Paradise papers’ which revealed the offshore tax arrangements of some of the wealthiest individuals and companies in the world. Lawyers for Glencore sought an injunction restraining the ATO from using the documents arguing that the documents were prepared by lawyers offshore and were therefore subject to legal professional privilege and could not be included in the ATO’s investigation.

The High Court disagreed, stating that privilege could only be used against requests for documents and not as a basis for injunctive relief, that is it can be used as a form of protection but not as a right of action as Glencore argued. The documents were in the public domain, and privilege could not be claimed ‘after the fact’.

ATO Second Commissioner Jeremy Hirschorn said, ‘Once we have information, we can’t just ignore it – we are obliged to use all the relevant information we have.’

The ATO and the Law Council of Australia are currently working on a protocol to deal with claims of legal professional privilege.

The case is significant because it confirms that the ATO can used leaked copies of documents such as board papers and banking details. Businesses need to ensure that their cyber security is top notch -with cyber hacking on the rise there is bound to be more material obtained in this way in the future.